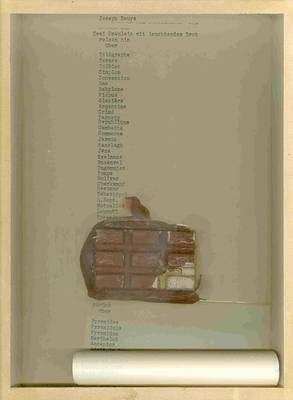 Some notes on Conceptual Art by Michael Corris:

Michael Corris is an artist, art historian and writer on art. He was member of the Conceptual art group Art & Language, in New York; his work was published in 1973 in the group's journal, Art-Language. Along with Mel Ramsden, Ian Burn, Joseph Kosuth, Sarah Charlesworth and others, Corris was a founding editor of The Fox, an artists-run journal that addressed the political and social dimensions of contemporary artistic practice. He is currently Professor and Chair of the Division of Art, Meadows School of the Arts, Southern Methodist University, Dallas, Texas.

Joseph Kosuth, born in Toledo, Ohio, USA, 1945, is one of the key figures in Conceptual Art. Kosuth's significance rests principally on artworks and writings produced between 1966 and 1975. The artist's current work continues to reflect its origins in a larger field of Conceptual art practices that sought to liberate art from the theories and criticism of modernism as exemplified by the writings of Clement Greenberg and Michael Fried. Throughout the late-1960s and early-1970s, Kosuth stressed the need for an art practice that reflected on its status as art; identified the principle role of the artist as the maker of meaning; and through the example of his own writings and self-promotional activities challenged artists to scrupulously control the critical reception of their work.

Mel Bochner: 'What I've been trying to do is raise these processes to the level of thought.'

During the fall of 1966, Mel Bochner, an instruc¬tor at the School of Visual Arts in New York, was asked to organize a 'Christmas show of drawings.' 'I went to people whose work I liked [Donald Judd, Carl Andre, Dan Flavin, Sol LeWitt, Eva Hesse, Dan Graham, Jo Baer, Robert Moskowitz, Robert Smithson, Al Jensen, etc.] and asked them for drawings that weren't necessarily 'works of art.' I brought them to the gallery director. She said, 'What the hell are these?' She also said: 'We don't have enough money to frame them.'' How to save the cost of frames? He would photograph the drawings. They were, after all, only working drawings, proposals for projects to be realized in other forms. 'Not necessarily art' (yet not exactly not-art), their status as 'originals' was ambiguous. To show them in reproduction wouldn't compromise their identity: they weren't 'works' to begin with.

Yet photography, like frames, was rejected as too costly an expenditure for the privately owned art school. Which led to another solution: the school had recently bought a large Xerox machine. As a member of the art history rather than studio faculty, Bochner had unlimited access to this latest technological wonder. Xerography, observed Marshall McLuhan at the time, allows everyone to be their own publishing company. Bochner took this dictum to heart, photocopying the drawings, reducing and enlarging them to uniform size.

There was no precedent, in 1966, for presenting photocopies within a gallery setting. The sheets demanded to be stacked, yet there were too few to comprise a book. Bochner sought out other, anonymous materials (pages from Scientific American) and projects by other intellectual workers: mathematicians (Arthur Babakhanian of the University of Illinois), biologists (one M. Carsiodes), engineers and architects (James Ingo Freed; the firm Tibbetts-Abbett-McCarthy-Stratton), musicians (Karlheinz Stockhausen, John Cage) and choreographers (Tom Clancy). Bochner arranged the drawings in alphabetical order. As a frontispiece he included a floor plan with measurements of the gallery; on the final page, a diagram of the Xerox machine. Bochner's work – the first of many 'xerox books' of those years – was nearly complete.

'Conceptual art' was the name of an artistic problem in Robert Smithson's lexicon from 1969 until his death in 1973. The problem was not new: conceptualism of the sort he had in mind was just the most recent -and the most acute -permutation of a larger on-going failure of modernism. The problem with conceptual art, he said, was that it made ideas into fetishes by isolating them from their material surroundings and thereby capitu¬lating to and extending the traditional ideological function of art for the bourgeoisie: it further denied or obscured the role of the art object in the marketplace and hence further divorced art from life. The central premise of conceptual art, he argued in an unpublished text from 1972, was not art-for-art's-sake but even worse: 'production for production's sake.' Where art-for-art's-sake had still relied on a notion of 'quality' (albeit a very mystified and abstract one) to justify itself in social terms, production-for-production's-sake could dispense with the interests of the audience altogether and justify itself simply on the basis of the work it performed, on the basis of its own abstract productivity, 'like a B. F. Skinner rat doing his 'tough' little tricks,' as Smithson quipped in another.

The legacy of Anglo-American Conceptual art is surely to be found in the questions that it threw up for art and that remain vivid and productive for artists. Part of that legacy is the understanding that Conceptual art is clearly inseparable from its history as an avant-garde practice; a history that embodied its real, rather than imagined limitations as art.